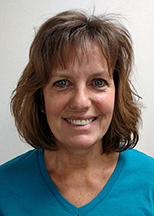 Developing championship-caliber high school football teams at neighboring towns, Portland, N.D. and Mayville, N.D. were highlights of Jim Evanson’s coaching career. He led the Portland Pirates to a record of 38-7-0 and two Red River Conference championships. When Portland and Mayville merged, Evanson continued his football success, with an amazing 9-0 first-year record at May-Port. His nine-year record at May-Port was 77-8-0 and the Patriots were a force to be reckoned with in the RRC. He was named high school Class B coach of the year in 1972 and 1977, when he coached an undefeated team to a 14-0 state championship, his third as a head coach. Jim is a 1962 Mayville State graduate, who earned a degree in physical education.

Lisa Strand has made a mark as a volleyball coach at Thompson High School, where she has notched a coaching record of 781 wins, 195 losses, and four ties en route to taking her Tommies to the Class B state tournament 12 times. She has earned coach of the year honors at the district, region, and state level numerous times. She was twice a finalist for the national coach of the year award given by the National High School Athletic Coaches Association. She is on the executive board of the North Dakota High School Coaches Association and is a past president. Strand has also coached track, girls basketball, and JV softball at THS. Lisa earned a Bachelor of Science degree in social science education from Mayville State, with a minor in physical education, in 1988.

Tyrone Wacker has a record that includes coach of the year honors at both the conference and section levels in Minnesota. His teams won conference, section, and state titles in high school football, notably at Gaylord, Minn. and Jackson, Minn. His baseball teams at Jackson were impressive as well, with four state tournament appearances and a state championship. Wacker also coached football and baseball at Worthington (Minn.) Community College and Huron College in South Dakota. He earned a master’s degree at South Dakota State University in Brookings, where he was a graduate assistant. Tyrone graduated from Mayville State in 1967 with a bachelor’s degree in physical education and health.