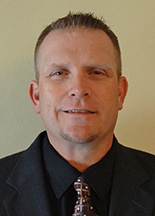 Darin Everson distinguished himself in two sports at Mayville State, earning many honors as a catcher on the baseball team and as the quarterback for football. In baseball he was an NAIA All-American catcher, all-conference, all-district, and district player of the year on the 1992 and 1993 teams. Both teams were conference and regional champions. He led the 1993 MSU Athletic Hall of Fame team to a runner-up finish in the national regional finals. He was the team MVP as a senior. In football, he was the starting quarterback and earned honorable mention all-conference honors. After graduating with a major in physical education in 1995, he continued to distinguish himself as a professional baseball player, minor league baseball coach, manager, and clinician.

Mike Mahlen, a 1969 MSU graduate, played football for the Comets from 1965 to 1968. He was named all-conference in 1967 and 1968 and earned all-district team honors in 1968. He was the Comets’ leading tackler in 1967 and 1968, and he was named co-captain his senior year and selected team MVP as well. A physical education and health major, he began a highly successful career as a coach, athletic director, and teacher at Verndale, Minn., where his football teams advanced to the Minnesota state tournament 14 times, winning the championship twice. He garnered several coaching and athletic director honors, which earned him membership in the Mayville State Athletic Coaches Hall of Fame.

Robin (Brantl) Torkelson, an elite four-year varsity starter in volleyball (1987-1990), was an all-around player who specialized in power-hitting and defense. Her prowess was recognized in the WACND Conference, Northern Sub-District 12, and at tournaments. An honor student, she was named an NAIA All-American scholar-athlete. The National Strength and Conditioning Association selected her as an “All-American Athlete” in her senior year. She set individual records at Mayville State and earned all-conference, all-district, NDCAC most valuable graduating volleyball player, and Mayville State MVP honors, and was awarded the Sorensen Scholar-Athlete Award. Robin was selected to “Who’s Who Among Students in American Universities and Colleges.” She completed a degree in elementary education in 1992, graduating magna cum laude.