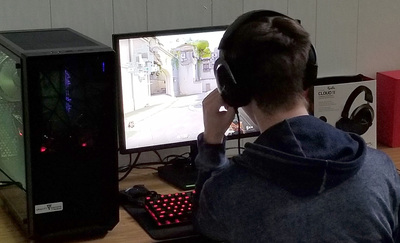 Mayville State University launched a new esports program early last spring and competition is currently underway. In mid-September two teams, Rocket League and Valorant were established. The home base for the Mayville State esports teams is in the lower level of Old Main, where their high tech esports arena has been assembled. 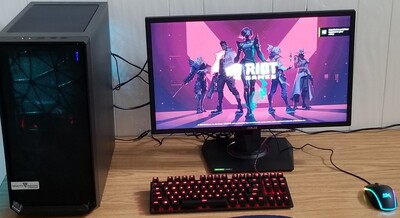 Since the middle of September, the Mayville State teams have been working to improve teamwork and communication in preparation for the NACE (National Association of Collegiate eSports) matches. Current competitions began in late September and will wrap up at the end of October.

What is Rocket League? It’s a 3v3 SOCCAR game - it is soccer using cars. Rocket League is played as a best of five format in the NACE competition.

The Rocket League team includes John Juarez, Dakota Malwitz, and Jackson Reed. John Tweed is a sub and helps with communication for the team. 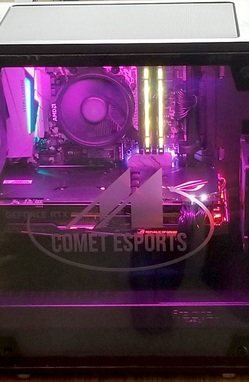 Boise State and the University of Montana are leading the Rocket League group in which Mayville State participates, so the losses were easier to take.

Mayville State eSports coach Matthew Berglund said, “If we can win the rest of our games, we have the chance of making playoffs for Rocket League.”

Valorant is an objective-based FPS title from Riot Gaming. The objective is to secure and plant a device in one of two locations on the map while the defending team is trying to stop you from doing that. Players switch between defense and offense at the halfway point in the match. However, sometimes it doesn’t seem like the halfway point if someone is dominating the match. Valorant is played as a best of three format in the NACE competition.

The MSU Valorant team is currently 1-2. They lost to Bushnell Beacons and Boise State, but came out on top of Dickinson State University. The Mayville State team still has a chance to make it into the playoffs.

Those interested in learning more about the esports program at Mayville State should contact Matthew Berglund at matthew.berglund.1@mayvillestate.edu or 701-788-4899.

NACE is a member-driven organization that focuses on the positive development of esports programs at the collegiate level, and advocates for members to create varsity programs that include scholarships for its participants and a strong institutional commitment to the sport. NACE is the only association of college and university sponsored esports programs that promotes the education and development of students through intercollegiate esports.