A Sparkling Affair 2015 is a shining success

Those who attended could take part in a number of games and activities throughout the evening, each giving an opportunity to win a variety of prizes, including jewelry items that were beautifully handcrafted by local artists Jennifer Kohls, Debbie Hagen, Lisa Rakowski, Shari Schultz, and Helen Hoyt. 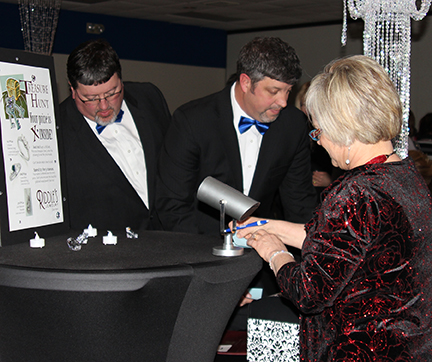 The “Treat Yourself to a Gigi’s Cupcake” game was a sweet success! Seventy-five delicious Gigi’s Cupcakes were neatly packaged in individual boxes which attendees could purchase, along with a chance to win fabulous pamper-yourself prizes.

Purchasers were eager to open their boxes and learn if they had also won one of many wonderful prizes, valued at $35 or more each. Prizes included products from Thirty-One, Herbalife, Essential oils, Paparazzi Accessories, Younique Makeup, Mary Kay, and Pampered Chef, jewelry, a Paul Mitchell flat iron, an America’s Hot Spot tanning package, a gel manicure, a one-hour massage, and baskets of wine, and Jamberry.

As the evening progressed, anticipation of the grand prize treasure chest drawing grew. In the meantime, guests enjoyed fabulous hors d’oeuvres prepared and served by Christine Holweger and her assistants while visiting and hoping that their names would be called during the door prize drawings for hand-crafted jewelry items that took place throughout the evening. 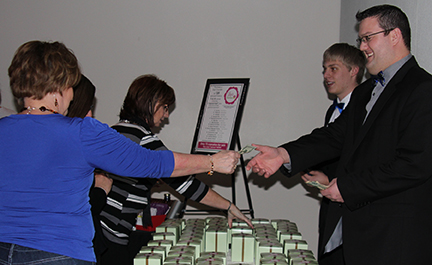 A silent auction featuring the beautiful creations of the local jewelry crafters named above, was popular, as were the Bedazzle Boards, which offered cash prizes. Cash winners were John Klocke and Mary Iverson. 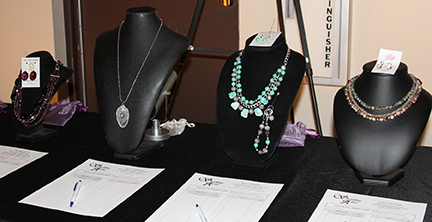 Mary Iverson’s name was drawn first, which gave her the opportunity to be the first to choose one of three treasure boxes containing fabulous jewelry items donated by Riddle’s Jewelry. She made her choice and opened the treasure box to reveal that she had chosen the Comet blue diamond ring.

John Klocke’s was the second name drawn in the grand prize drawing. He chose the treasure box containing the big prize, a three-stone diamond ring (one ct. total weight). Cindy Petersen’s was the third name drawn, which meant she had won the one-carat diamond pendant.

More than $7,000 will be awarded to Mayville State University students in the form of Honor Scholarships as a result of the A Sparkling Affair event held Feb. 26. This will be of great help in the recruitment of new students. This was the third year for A Sparkling Affair. The event was founded in 2013 by Jennifer Kohls and Debbie Hagen. 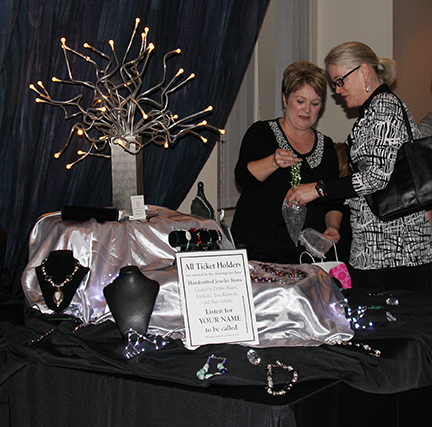 “We are thrilled with the results of this year’s A Sparkling Affair,” said Dena Bergstrom, MSU Foundation Annual Giving Coordinator/Phonathon Associate and organizer of this year’s A Sparkling Affair event. “This has been a very fun and exciting way to raise much-needed scholarship support for Mayville State students. Thank you to all who purchased tickets, attended the event, donated prizes, and who helped in any way. We are truly grateful.”

“Our local jewelry crafters put their hearts and souls into creating jewelry that dazzled the crowd at the A Sparkling Affair event” said MSU Foundation Executive Director John Klocke. “We truly appreciate their generosity and hard work that is so important to Mayville State University. A huge “thank you’ goes to Riddle’s Jewelry for sponsoring the event for a third year. We are incredibly fortunate to have so many wonderful Mayville State supporters!”

Second: Doug Petersen (left) and Corey McGillis (center) assist a customer as she registers for a chance to win one of the Riddle’s Jewelry grand prizes in the Riddle’s Treasure Hunt game. 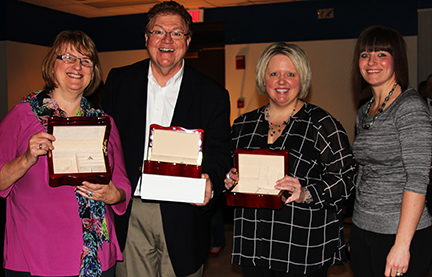