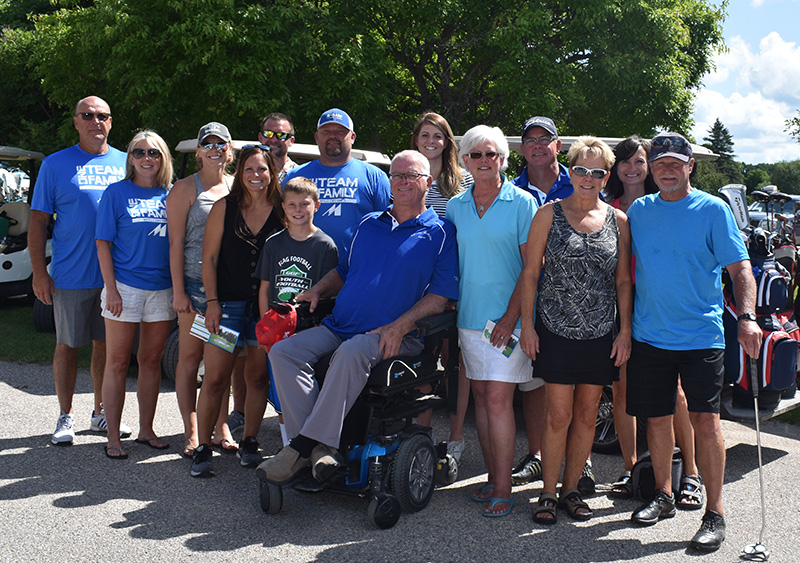 The annual Harvey McMullen Memorial Golf Tournament was held Friday, July 10, 2020 at the Mayville Golf Course. The beautiful course, sunny skies, and warm temperatures set the tone for a lovely day for the men and women who golfed in the scramble. Top that off with record attendance, and you’ve got the recipe for a fun-filled memorable day for Mayville State alumni and friends.

The Harvey McMullen Memorial Golf Tournament is sponsored each year by the Mayville State University Comet Athletic Club. Formerly known as the North Valley (Hoople)-Comet Connection, the annual golfing event was re-named in honor of one of its founders, Harvey McMullen. McMullen, a native of Hoople, N.D., and Jerome Berg, both Mayville State University icons and steadfast supporters of the school, established the North Valley (Hoople)-Comet Connection Golf Tournament in the early 1990s. The purpose in starting the event remains the same today as it was then: to raise scholarship funds for Mayville State student athletes while having fun with friends from near and far. Over the years, the event has been held at Mayville and at northern Red River Valley golf courses.