Graduation day activities set for May 11 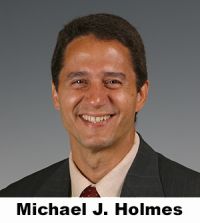 Graduation day at Mayville State University, Mayville, N.D., has been set for May 11, 2013. Activities for the day will include the Good Grad Morning open house, commencement exercises, and a reception in honor of graduates.

Festivities will begin with the Good Grad Morning open house, which will be held from 10:30 a.m. until 12:30 p.m. in the Campus Center Luckasen Room at Mayville State. A short program will begin at 12:00 noon. Rami Carlson, Northwood, N.D., will be speaking on behalf of the Class of 2013.

The members of the graduating class will be the guests of honor at the event. It is also open to MSU faculty and staff and friends and family of the graduates. Sponsored by the Mayville State University Alumni Association, Good Grad Morning is considered the first official alumni event for the graduates.

Michael J. Holmes, Thompson, N.D., is a deputy associate director for research at the Energy & Environmental Research Center, University of North Dakota. He currently oversees fossil and energy research areas. Mr. Holmes earned a Bachelor of Science degree in chemistry and mathematics from Mayville State in 1984, and later earned a Master of Science degree in chemical engineering from the University of North Dakota. He is an executive member and serves on the board of directors of the Fuel Cell and Hydrogen Energy Association and has been the recipient of the Lignite Energy Council Distinguished Service Awards for both Government Action Program (Regulatory) (2005) and Research and Development (2003). Mr. Holmes has authored or coauthored more than 120 professional publications and 12 U.S. patents. He was bestowed the Mayville State University Distinguished Alumni Award in 2011, and was inducted into the Mayville State University Athletic Hall of Fame in 1995.

Elizabeth Jemar is graduating with a Bachelor of Science in Education degree. Her major is English and minor is library information sciences. She has earned cum laude honors. Elizabeth participated in the Larson Leadership Program, and has been the recipient of Mayville State scholarships. She is a dean’s list student and served as an English tutor, peer leader, and student editor for the Mayville State student newspaper, The Orbit. She was active in Student Education Association and Campus Crusade at Mayville State, and volunteered as an AWANA leader and Sunday School teacher while in college. Elizabeth is the daughter of John and Cheryl Jemar from Eagle River, Alaska.

Todd Olson completed the requirements for a Bachelor of Science degree in business administration, earning specializations in banking, finance, and real estate, in December of 2012. He was a dean’s list student and is graduating with summa cum laude honors. Todd was named a Mayville State Student of the Year in 2012 and 2013. He played varsity football and earned Academic All-Conference honors in 2010, 2011, and 2012, and Academic All-American honors in 2011 and 2012. Todd was named to Who’s Who Among Students in American Universities and Colleges in the fall of 2012. He was a member of Mayville State’s Collegiate DECA chapter, and served as the group’s president. Todd is the son of Mike and Nanci Olson of Grand Forks, N.D.

Jay Dyck completed the requirements for a Bachelor of Science degree in business administration in December of 2012. He has earned concentrations in marketing and real estate. A dean’s list student and scholarship recipient, Jay is graduating with summa cum laude honors. He played varsity football and earned Academic All-Conference and Academic All American honors, and was named a Mayville State Student of the Year in 2012 and 2013. Jay was named to Who’s Who Among Students in American Universities and Colleges in the fall of 2012. He participated in the Larson Leadership Program, as well as Mayville State’s College DECA chapter, serving as vice president of the chapter in 2011-2012. Jay is from Calgary, Alberta. His parents are Pat and Dan Dyck.

Bachelor of Science in Education