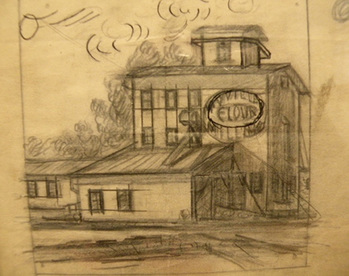 The Edson and Margaret Larson Alumni and Leadership Center on the campus of Mayville State University is home to the MSU Foundation. In this historic place, one will find multiple activities happening, including alumni and other events and meetings. Throughout the three levels of the 105-year-old building, displays of collectibles, memorabilia, and original artwork can be viewed.

This permanent collection of artwork has been created by more than 20 artists who either attended Mayville State or have a Mayville connection. The two largest collections were gifts to the MSU Foundation from Allison and Bud Gentle and the family of Levon West. Allison’s father, George Dammen, graduated from Mayville State in 1934. Levon West’s dad was the pastor at the Mayville United Church of Christ.

George Dammen’s comment, “I have always liked art,” resonates in the room named in his honor in the lower level of the Larson Center, The George Dammen Gallery and Activity Room.  George’s pencil portraits, created in the early 1930s, feature members of his family, his friends, and community people. His portraits depict strong contrasts, knowledge of the structure of the head, and use of textures. George also worked with block prints showing the Mayville campus and nature. George made some extra money by selling Christmas cards he designed using the block print method. George made a name for himself locally by painting signs for Dikel’s Department Store, Eastvold-Groth Company, Peterson-Biddick Seeds and Poultry, Skatberg Electric Service, Groth Motor Sales, Mayville Grain Company, Texaco Service Station, and the Goose River Valley Flour Mill. 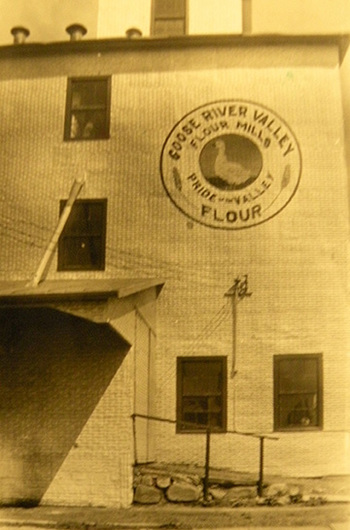 Levon West is one of America’s most distinguished modern etchers and watercolorists. As Ivan Dmitri, he was a pioneer in colored photography. West took on the pseudonym of Ivan Dmitri when he began his work as a color photographer. He didn’t want to risk his reputation as a famous etcher, if by chance, his venture in color photography failed.

West/Dmitri excelled in his crafts. The etchings of Levon West can be found in the Legacy Board Room, located on the first floor of the Larson Center. The MSU Foundation’s 110-piece etching collection is rotated in approximately ten or 12 pieces every month so that all 110 pieces can be viewed over the course of a year.

West’s etchings depict themes from the United States and all over the world. He was a master of line, used in his work along with values of light and dark with much detail. West became famous when he sketched Charles Lindbergh’s plane, the Spirit of St. Louis, taking off from New York’s Roosevelt Field on its non-stop flight from New York to Paris. That drawing of the takeoff was sold to the New York Times, and that is where West’s work in etchings took off.

In 1935, Ivan Dmitri experimented with color photography and shot front covers for the Saturday Evening Post. He also became the official color photographer for American Airlines. Nine of Dmitri’s photos appearing on the covers of the Saturday Evening Post (1937-1942) have been reproduced and can be viewed on the first and second floor stairway gallery at the Larson Center. These prints were a gift from Joan and Trueman Tryhus. Dmitri’s American Airline photos can be found in the Legacy Board Room.

In 1962, Levon West became the third person inducted into the North Dakota Roughriders Hall of Fame.

Luella Mundel was Mayville State’s art professor from 1958 to 1975. When Ms. Mundel passed away in 2004, her family donated her art reference and lecture books, along six art pieces to the Larson Center. Her work shows watercolor techniques, drawing skills, and modernism.  Ms. Mundel enjoyed experimenting with abstract ideas and materials. One of her art instructors was Grant Wood, a regionalist painter from Iowa. Wood is known for his famous painting, “American Gothic.”  Ms. Mundel’s work is located on the first floor north entrance and in the Alma Stenvik Hefta Room of the Larson Center. 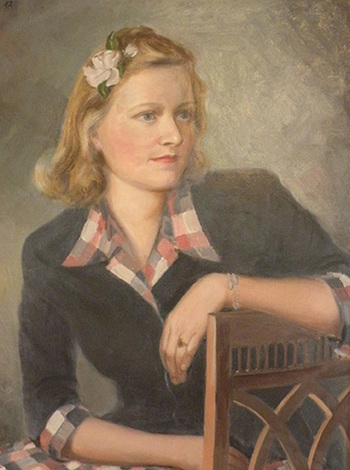 Located on the second floor of the Alumni Honor Room, an oil painting of Margaret Brunsdale Larson is displayed along with Brunsdale photos. (The Larson Center is named for Margaret and her husband, Edson.) Beautifully painted by Theodore Sohner in 1942, the painting captures Margaret as a young woman, showing dignity, graciousness, and elegance. The artist’s use of brush strokes, values, and lighting captures Margaret’s charming youth and is a great addition to the Larson Center art collection. Sohner, a Norwegian-American painter born in St. Paul, was well-known as a portrait painter, lecturer, and teacher. Considered a regionalist painter, like Grant Wood of Iowa, he painted scenes of small Midwest towns during the New Deal. As a noted portraitist, his talent awarded him as the artist chosen to paint a portrait of Governor Edward J. Thye of Minnesota. Painted during the early 1940s, Thye’s portrait permanently hangs at the Minnesota Capitol Building in St. Paul.

The public is invited to visit The Edson and Margaret Alumni and Leadership Center and see the wonderful artwork, as well as other memorabilia that is on display. The Larson Center is open Monday through Friday from 7:30 a.m. until 4 p.m. in the summer, and from 8:00 a.m. until 4:30 p.m. in all other months. If you have questions, feel free to contact Beth Swenson, director of alumni affairs, at 701-788-4750.

Captions for above photos