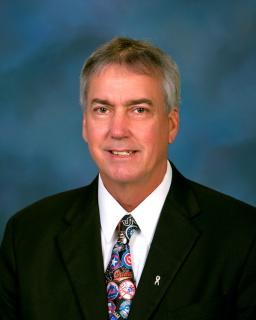 The public is invited to join in recognizing this milestone for Berry.  Ball park refreshments including hot dogs and chips will be served at the conclusion of the 4:00 p.m. game, at approximately 6:30 or 7:00 p.m.  All are welcome to come to Scott Berry Field for the celebration!

One of the most heralded and respected baseball coaches in America, Scott Berry runs one of the most outstanding college baseball programs in the nation. A member of four halls of fame and an active participant in local, regional, and national baseball organizations, Berry has kept Mayville State on the collegiate baseball map for more than three decades.

Berry's career record at Mayville State is 899-505. Currently, he is the tenth-winningest coach in NAIA baseball.

Berry has a tradition-rich background in the game of baseball. Growing up in LaMoure, N.D., Berry participated on American Legion teams in LaMoure that won one state championship and finished as runners-up in the state regional playoffs three times. After graduating high school, Berry went to Mayville State University to play for the Comets and their legendary coach, Al Meyer. He lettered four years and received all-conference honors his junior and senior seasons.

After graduating from Mayville State, Berry coached teams in Ellendale, Binford, Rolla and Casselton, N.D. He returned to his alma mater as an assistant baseball coach for Al Meyer in 1981 and became the head coach for the 1982 season. Scott also coached the summer amateur baseball team in Mayville when his “Red Caps” were in the state finals six out of seven years, coming away with championships in 1981 and 1984.

In 1996, Berry was honored by his alma mater with his induction into the Mayville State University Athletic Hall of Fame. In 1998, the North Dakota Associated Press Sportswriters and Sportscasters Association honored Berry with the “Special Achievement Award”. In 1999, Berry was recognized by his NAIA Great Plains Region coaching peers as being the Great Plains Region Coach of the Year. In 2001, Berry was named Region 3 Coach of the year. The NAIA awarded Berry with its highest honor by inducting him into the NAIA Hall of Fame for Baseball in 2002. In 2003, Berry was named to his third hall of fame by being inducted into the North Dakota Amateur Baseball Association Hall of Fame. In 2009, Berry was inducted into the Christian Sports Commission Hall of Fame; his fourth Hall of Fame award in his tenure at Mayville State. In 2010 the baseball field at Mayville State University was named in his honor. In 2010 Berry received the NAIA Robert E. Smith Achievement Award. This award is presented to an NAIA coach or administrator who has demonstrated unselfish promotion of NAIA baseball. In 2011 Berry was awarded the FCA Jerry Kindall Character in Coaching Award. This award is presented annually to the college or high school baseball coach who best exemplifies the Christian principles of character, integrity, excellence, teamwork, and service on and off the baseball field.