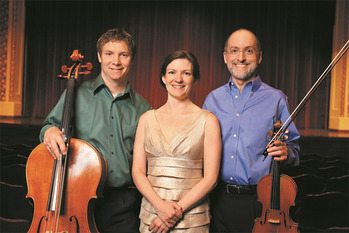 Jon Rumney, Erik Anderson, and Dianna Anderson formed the Luminus Trio over a decade ago as music faculty at Minot State University. They have performed hundreds of regional programs exploring both traditional and modern repertoire, including several world premieres. Every June, Luminus serves as the resident faculty ensemble for Dakota Chamber Music, a week-long institute for chamber music study at Minot State. Attendees in 2016 came from as far away as Mississippi and Vancouver. DCM has received nationwide recognition, and finished its 20th season last summer with additional faculty from Rochester, N.Y., Pittsburgh, Pa., and Oxford, Miss. Composer Sean Neukom wrote "Evolution 3," a trio dedicated to Luminus which was premiered that season.

Eric Anderson, a native of Washington State and principal cellist with the Minot Symphony Orchestra, earned his B.M. and M.M. from the University of Idaho, and completed his D.M.A. at the University of Cincinnati College-Conservatory of Music.

Jon Rumney was Artistic Director of Dakota Chamber Music from its inception in 1996 to 2005. He has been Professor of Music at Minot State University since 1994, where he teaches violin, viola, chamber music, and music history. He received his B.M., M.M., and Ph.D. in Musical Arts from Eastman School of Music. He has studied chamber music with members of the Juilliard, Guarneri, Cleveland, Emerson, Tokyo, and American String Quartets.

Dianna Anderson is a founding member of Musicians at Play, with Erik Anderson and Adam Estes, an ensemble specializing in jazz and chamber music for clarinet or saxophone, cello, and piano. She has taken her degrees from the University of Idaho and Cincinnati College-Conservatory of Music. 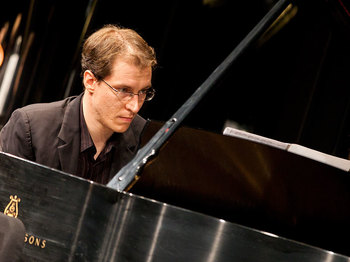 A winner of Canada's 2009 Honens Piano Competition, Swiss-born American pianist Gilles Vonsattel is also a top-prize winner at the Naumberg and Geneva competitions. Drawing acclaim for his "tightly conceived and passionately performed" recital programs, Vonsattel's recently released album, "Shadowlines," was described by The New York Times as a "mesmerizing disc by the immensely talented pianist Gilles Vonsattel." His 2011 recording for the Honens/Naxos label of music by Debussy, Honegger, Holliger, and Ravel was named one of Time out New York's classical albums of the year, while a 2014 release on GENUIN/Artist Consort received a 5/5 from FonoForum and international critical priase.

Engagements in the 2015-2016 season include Mozart Concerti with the Florida Orchestra and Vancouver Symphony and recitals in Asheville, N.C. and Bridgehampton and Beacon, N.Y., as well as numerous appearances with Chamber Music Society of Lincoln Center in New York and across the United States.

He received his B.A. in political science and ecnomics from Columbia University and his M.F.A. from The Julliard School. He is on the faculty of the University of Massachusetts at Amherst, and makes his home in New York City. 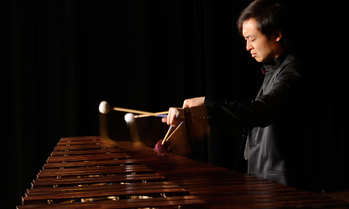 After winning the 2008 Young Concert Artists International Auditions, Cheung made his New York solo recital debut in the Young concert Artists Series at Carnegie's Zankel Hall, his Kennedy Center debut in Washington, D.C., and at the Isabella Stewart Gardner Museum in Boston. As a recipient of the Usedom Music Festival Prize, he was engaged to perform at that Festival in Germany. Cheung has appeared as concerto soloist with the Philadelphia Orchestra as winner of their annual concerto competition at the Kimmel Center, performed Creston's Marimba Concerto with the Simon Sinfonietta (Mass.) and with the British Columbia Chamber Orchestra and Vancouver Metropolitan Orchestra in Canada.

Dubbed a "neu-Romantic marimba virtuoso," Pius Cheung is widely known as a master soloist on his unusual instrument. His brilliant CD of Bach's Goldberg Variations was written about in a feature story in The New York Times, which praised not only the technical feat of performing the intricacies of this keyboard work with four mallets, but also expressed admiration for his "deeply expressive interpretation, notable for its clear voicinb, eloquent phrasing and wide range of color and dynamics." His second CD, Symphonic Poem, presents Cheung's own compositions, and was released at the Percussive Arts Society International Convention in 2009. As a composer, Cheung's Three Etudes wone First Prize in the Classical marimba League's Competition in 2007. He has also composed a Concerto for Marimba and String Orchestra, and collections of preludes, etudes, and sonatas.

Pius Cheung moved from his native Hong Kong to Vancouver at the age of 12. He received his B.M. from the Curtis Institute in Philadelphia, his Artist Diploma from The Boston Conservatory, and his Ph.d. from the University of Michigan. Currently he is Assistant Professor of Percussion at the University of Oregon. 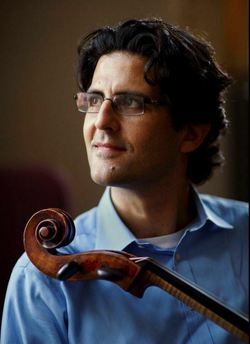 Amit Peled performed in last season's concert series. He returns as part of a wonderful "Peled Celebration," as his sister Zemer Peled will open her porcelain sculpture show at the North Dakota Museum of Art on the afternoon of April 2. Amit's performance of "Journey with my Jewishness" is a compelling program that follows Amit's personal, musical, and spiritual journey from his childhood growing up in a small kibbutz in Israel - along with his sister Zemer - and listening to his mother singing the traditional tune Eli Eli, to playing Max Bruch's Kol Nidrei as a young cellist and personally connecting with the Yom Kippur message, Amit explores the ups and downs of life and the desire to balance tradition, identity, and self-expression. Among other works, the program features Mark Kopytman's heart-wrenching Kaddish and Ernest Bloch's beloved three scenes From Jewish Life.

Now an American citizen, her performs everywhere from the United States - including Devils Lake, North Dakota - to Europe, the Middle East, and Asia. During the 2016-2017 season, Peled will once again perform on the historic cello of Pablo Casals, a Goffriler (ca. 1733). Some of the upcoming highlights with his historic cello include a Bach Suite program at the Ravinia Festival, a new Naxos installment with the Tempest Trio, and performances with the Jerusalem Symphony Orchestry, Louisville Orchestra, and others. In addition to the previous engagements, Amit will make his debut with both the Warsaw Philharmonic and the Orquesta Filarmonica de Gran Canaria. He will record nadia Boulanger's Three Pieces for Cello and Piano and will also make a return trip to Russia to perform and teach at the St. Petersburg Conservatory.

One of the most sought after cello pedagogues, Peled is a professor at the Peabody Conservatory of Music at Johns Hopkins University, one of the youngest cello professors ever to be appointed to a major conservatory in the United States.