Mayville State, You Are Appreciated 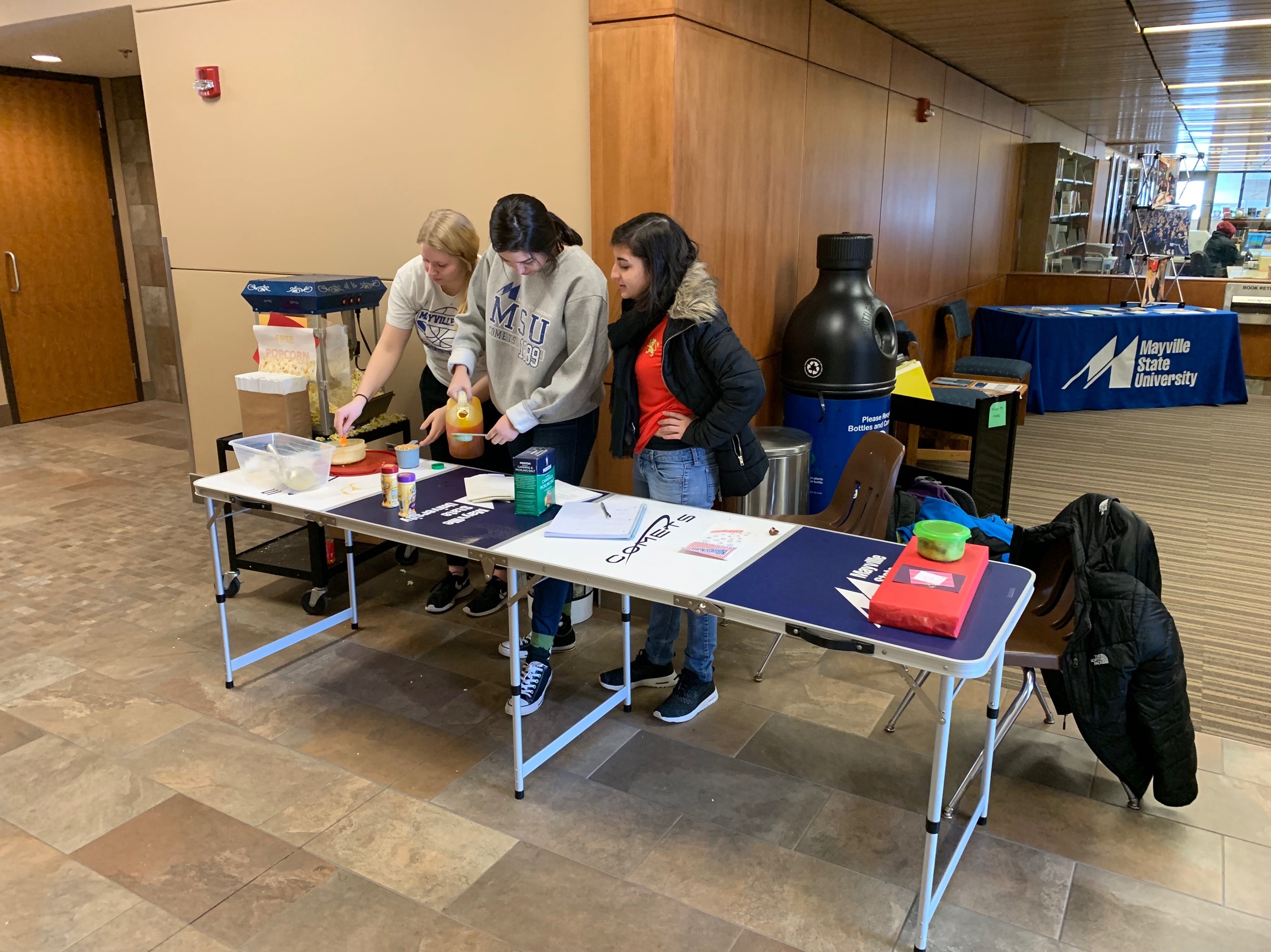 MSU Science club preparing popcorn to give out to the students, staff, and faculty. (Zach Foster)

(Mayville, ND) On Wednesday Feb. 13, the Mayville State University Science Club showed appreciation to the campus by giving out free popcorn in front of the B-Q Library to get recognition for their club at the school.

Appreciation was shown to the students, staff, and faculty by the science club who gave out free popcorn from 11am-2pm in front of the B-Q Library, welcoming anybody to stop by and grab a bag.

“We were donated a big bag of popcorn from peer leaders,” Laura Jacobson, MSU Science Club member stated. “We decided to turn it into an opportunity to give back to the campus.”

“Events like this have been successful in the past because who doesn’t like free popcorn?!” The members of the club exclaimed.

The event attracted students and staff members. People were able to drop by, thank the club for their popcorn, and get on with their day.

When speaking to students, they had nothing but positive things to say about the event.

“I love popcorn, so when I found out there was going to be free popcorn on campus I had to go,” MSU Senior Jonathan Pluth stated.

“It was the perfect snack to get me through the rest of my classes for the day,” MSU Junior Julian Ortiz added.

The science club used this opportunity to not only show appreciation to the campus, but used the event to get the word out about their club on campus.

“This was a great opportunity to do something kind and give our club some recognition.” Jacobson stated.

“Not many students know we have a science club, so by doing this event we were able to let students know about the club and how they can join if they are interested.” Garcia stated.

When passing their station, you were able to observe the science club making the popcorn right in front of you, allowing everyone who is receiving popcorn to know its fresh and ready to eat.

The science club has done events like this in the past. They have set up their popcorn machine and handed out popcorn during the campus movie nights. The movie nights allowed students to socialize and enjoy a movie they all voted to watch.

Occasionally, they will use the popcorn as a fundraiser for their club selling the popcorn for a dollar. The money the club brings in funds their activities such as visiting local science labs, businesses and research areas and travel to science museums and exhibits throughout the region.

The science club plans on hosting an event like this again in the future because it did so well for them.

Anyone is allowed to join the science club at Mayville State. You don’t need to be a science major to join. The club welcomes anybody who is interested in science and wants to discuss it outside of the classroom.