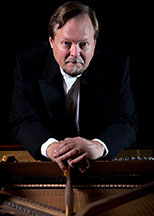 Beth (Bohnsack) Aufforth has earned statewide recognition as a successful speech and drama coach, whose teams and casts have won many North Dakota Class B regional and state speech honors and one-act play awards. She was honored to be given the Service to the Profession Award from the Communication, Speech, and Theatre Association of North Dakota (CSTAND) and has been a CSTAND board member and president, and is a member of its hall of fame. “People need to talk” to communicate, she says, and in her tenure since the 1980s, she has enjoyed a high level of enthusiastic participation from students from seventh-grade through twelfth grade. She has retired from teaching at Bowbells (N.D.) Public School. Beth graduated from Mayville State in 1974, earning a Bachelor of Science in Education degree, with majors in English and mathematics.

Speech and debate have been the career focus for C.T. Hanson. Active in those areas, as well as in music, drama, and student government at Mayville State, Hanson earned a master’s degree in speech at North Dakota State University and a doctorate at Wayne State University, Detroit, Mich. His students at Wayne State, Illinois State University, and NDSU achieved national recognition under Hanson’s guidance. He founded the North Dakota Intercollegiate Speech League and served as national chairman for the College National Speech tournament. He is the author of “The Practice of Public Speaking.” Hanson graduated from Mayville State in 1969, earning a Bachelor of Science in Education degree, with a major in English and minor in speech/drama.

“Giving something to make one’s day brighter,” has been the mantra for Otto Muecke as a performer, soloist, and choir accompanist and teacher. His exemplary career includes teaching students from kindergarten through college level, along with private keyboard teaching. “A lot of practice” is one of the keys to his amazing mastery of the keyboard. He is well-known as a member of the Mayville State music staff and as an organist at churches wherever he has lived, in North Dakota, Montana, Washington, and South Dakota. Otto taught for 27 years and has been involved in church music for 61 years. He was a member of the faculty at Mayville State from 1983 to 1991.

Kirk Overmoe began studying piano at the age of seven and has delighted listeners with his superb talent ever since. He has been a pianist/educator for more than 30 years. He earned a master’s degree in educational administration from the University of Texas and another in piano performance from the University of Northern Colorado. Through his career he has played with notables such as guitarist Roy Clark, jazz vocalist Joe Williams, drummer Ed Shaughnessy, comedians Rich Little and Red Skelton, Dixieland clarinetist Peanuts Hucko, saxophonist Don Menza, and trumpeters Bobby Shew and Allen Vizzutti. He continues to teach piano in Texas. Overmoe graduated from Mayville State in 1978 with a bachelor’s degree in instrumental/choral education.

Herb Thomson is a talented trumpet player who began making a name for himself as a member of Mayville State award-winning ensembles. He has been a stalwart in the brass sections of well-known bands throughout North Dakota for more than 40 years. In addition to being a music contest adjudicator for 38 years, he has been named an outstanding music teacher in North Dakota, a Minnesota band director of the year, and a “best practice” teacher for high school music teachers. Thomson has been selected to “Who’s Who of American Teachers” five times. Herb is a 1971 graduate of Mayville State. He earned a bachelor’s degree in music education.