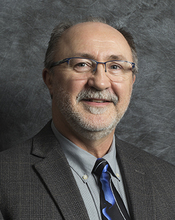 In addition to having a 35-year successful career as a two-year college mathematics teacher, Keven Dockter has enjoyed high-profile involvement in the American Mathematical Association of Two-Year Colleges (AMATYC). He taught at Inver Hills Community College in Inver Grove Heights, Minn. from September 1983 to August 2008, then took a position at Anoka-Ramsey (Minn.) Community College, where he currently teaches a wide variety of courses. Keven has planned, coordinated, and executed eight national annual conferences for the AMATYC, serving as the primary person responsible for the entire conference and associated planning meetings. He has held a number of executive positions with the MinnMATYC, as well. In 2017, Dockter received the Herb Gross Presidential Award. This is the top service award, recognizing exceptional service to the AMATYC and the mathematics profession. 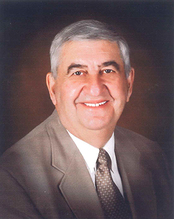 Ray Dusek has been very successful, a leader in his chosen professions as a teacher and school administrator. He was principal in the Crookston (Minn.) School District for 35 years and was principal at Cathedral Elementary School in Crookston for eight years. He spent a total of 45 years in elementary education. Ray has always taken an active role in working with youth and started the Big Brother program in Crookston. He received the Distinguished Minnesota Elementary School Principal Merit and Service Awards and the National Elementary School Principal Merit Award. He is active in his church and received the Crookston Volunteer Service Award, Partners in Education Award, Northwest School alumni “Top Aggie” Award, University of Minnesota Crookston Teambacker’s Award, and the Crookston Community Fan of the Year Award. He was inducted into the Crookston School District Hall of Fame. 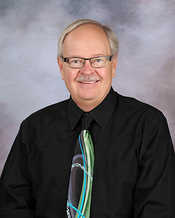 Doug Anderson gives tirelessly of his time to Mayville State, his alma mater. He has devoted countless hours to supporting the university in a number of ways, including raising funds for scholarships and other important projects through his work with the annual Farmers Bowl Auction and the Mayville State Alumni of Pembina County group. A talented artist, he has given generously of his talents through donations of artwork. Doug led the volunteer charge to renovate historic Northwest Hall on the campus of Mayville State University for use as an alumni center. Through hours and hours of hard work and perseverance, the building, now known as the Edson and Margaret Larson Alumni and Leadership Center, has been renovated and is providing a home for Mayville State alumni and the MSU Foundation. Doug Anderson has made exceptional contributions to Mayville State University both locally and from afar. 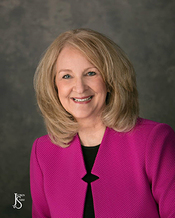 Debbie Hagen has admirably served Mayville State University, not only since 2006 when her husband, Gary, became president of the university, but also since they came to Mayville in 1976 when Gary took a position as a faculty member at Mayville State. She has volunteered countless hours with various university causes and organizations, including Faculty Wives and Women, the M-300 Club, and Tables du Jour. Together with Linda Baier, Debbie founded the very successful After Hours social for women that has raised significant private support for the MSU Division of Business. She was also the driving force behind the much-loved “A Sparkling Affair” event that helped to raise funds for hospitality projects at the Edson and Margaret Larson Alumni and Leadership Center. Humbly serving, Debbie Hagen has been an ambassador-extraordinaire for Mayville State University. Her service to the university has no doubt played a huge role in Mayville State’s recent success. 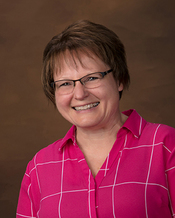 A nominator appropriately calls Beth Swenson “the heart and soul of Mayville State” for the myriad of ways she has promoted MSU, its students, alumni, and friends. Because she cheerfully incorporates versatility, talents, a tireless work ethic, enthusiasm, creativity, and an invaluable command of Comet history into all she does, she truly personifies the “personal” and “service” in MSU's long-time motto. Over the past three decades, when something needed to be planned, organized, implemented, decorated, publicized, or otherwise chronicled, or if someone wanted to know about any of those things, “Ask Beth” was the first thought. Moreover, she is a sought-after, collaborative, and cooperative team player, called by a nominator as “a rare person whose motivations pursue the greater good over individual recognition.” In her work to literally and figuratively create MSU history in so many ways, Beth has become a treasured, respected, admired, and highly appreciated Comet icon.