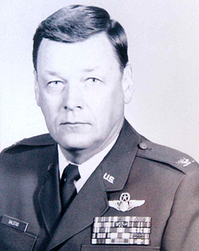 Retired Col. Richard Balstad, U.S. Air Force, Wichita Falls, Texas, graduated from Mayville State in 1963. He immediately entered the Air Force and was commissioned a secondlieutenant in November of 1963. Upon graduating from officer training school, he proceeded to qualify for pilot training. He received his silver wings in 1965. Balstad’s first operational assignment led him to Elgin Air Force Base in Florida, where he trained in the F-4-C Phantom jet fighter. In 1966, he was assigned to DaNang Air Force Base in the Republic of Vietnam. There, he completed 100 combat missions over the most heavily defended cities in the history of the war, Hanoi and Haiphong, North Vietnam. His expertise and skill in flying and “a little bit of luck” allowed him to survive the odds of a 50% shoot-down rate. While serving in Vietnam, he received the USAF Distinguished Flying Cross, the Air Medal with six oak leaf clusters, the Air Force Commendation Medal, and the Vietnam Cross of Gallantry. Balstad rose to the rank of colonel and served as commander of the USAF’s most advanced fighter/bomber squadron, the F-111 “ARDVARKS” 494 TFS, stationed in Lakenheath, England, a very responsible position for a highly respected commander. His mission there was to protect our NATO allies in Europe. Col. Balstad has brought honor to his career and honor to his alma mater. 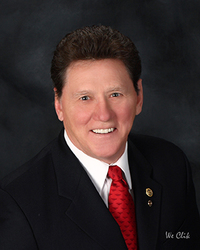 Donald Cavalier, Crookston, Minn., earned a bachelor’s degree in elementary and physical education from Mayville State in 1965. This is where he met Mary Salisbury, his wife of 50-plus years. As a Mayville State student, he participated in baseball and basketball. He began his career in education as a public school teacher, teaching mathematics and science in Warren (Minn.) Public Schools from 1965 to 1967. He was also the school’s assistant football coach and head baseball coach. From 1967 to 1974, he taught, coached, and served as a counselor at Central High School, Highland Middle School, and Lincoln Elementary School in Crookston, Minn. He retired in 2016 as the Director of Career Development at the University of Minnesota Crookston, where he was the chief administrator of the counseling department and alcohol, tobacco, and other drug-awareness programs. During his tenure at UMC, which began in 1976, he also directed the areas of placement, students with disabilities, student health services, and diversity. He had also served as the university’s head baseball coach and director of alumni services. Prior to joining the staff at UMC, he was Director of Education at the Northwest Regional Correction Center in Crookston from 1974 to 1976. He has participated and provided leadership and development for the community of Crookston and has been active in his church. He was Rotary District Governor in 2012-13, guiding 67 clubs and more than 3,000 members. Cavalier has made an effort to make the world a better place and has taken an active role in working with youth, the underemployed, and disadvantaged people. He is a member of the Mayville State University Alumni Association Board. Upon his retirement, UMC honored Cavalier for his outstanding service, inspirational leadership, and commitment to the school, as well as for his prestigious leadership on the all-University of Minnesota Civil Service Committee. 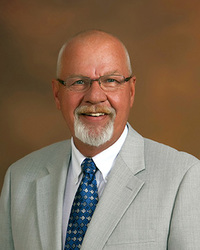 Mike Bakken, Mayville, N.D., was a member of the music faculty and directed the music program at Mayville State University from 2003 to 2016. He was instrumental in revitalizing the music program during his tenure. When he arrived on campus, there was a small concert choir, and he quickly grew the numbers. He also revitalized the concert band and jazz band. Mike worked to assure that each student who participates in band or choir receives a scholarship when he helped establish the annual Tables du Jour fund-raising event and Music Makers booster club, both major sources of scholarship funding for MSU music students. Bakken was in charge of local arrangements for the MSU and Community Fine Arts Series, a program that brings several world-class musicians to the campus each year. Mayville State was successful in restoring a minor in music, thanks to his help with the research and writing of the proposals that were accepted by the State Board of Higher Education. He subsequently taught courses which resulted in several students graduating with the minor. Mike was an initial member of the executive committee of the Performing Arts Hall of Fame at Mayville State University. The Hall of Fame is an avenue for recognizing Mayville State alumni and friends who have made an impact in the performing arts.  Bakken retired in May of 2016. 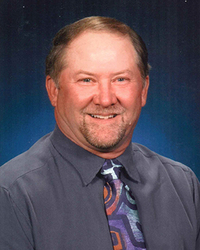 Jeff Braaten was a true supporter of Mayville State University and Comet Athletics. His involvement in MSU athletic activities included several years of coaching at the Red River Valley Basketball Camp, officiating Junior Varsity basketball games, finding officials for home basketball games, assisting with the Comet Athletic Club 3-on-3 basketball tournaments, managing the concession stands, mentoring student athletes, managing the scorebook for countless games, and much more. He had a passion for the Comet athletic teams and the student athletes he befriended and mentored throughout their college careers. Jeff enthusiastically supported the MSU coaching staff and was honored to call them friends. He proudly wore Comet blue most days of his life, and he attended nearly every sporting event hosted by MSU. He traveled with the sports teams whenever possible. Although Jeff was not an alumnus of Mayville State University, he treated MSU as though it were his own. He was passionate about helping the university thrive and was always boasting about Mayville State’s positive impact on the community and all of the opportunities available to students. If the locker rooms needed renovation, Jeff was called upon; if the faculty apartments needed something fixed, Jeff was called upon; if the score table needed assistance at the same time as the concession stand, Jeff was called upon to juggle both; if a student athlete needed a summer job, Jeff would hire him. He truly was a jack-of-all-trades and would help Mayville State in any way possible without expecting recognition or even pay. Jeff unexpectedly passed away in February 2014, yet he left his mark on MSU Athletics and the hearts of the student athletes. He may be gone, but he is not forgotten.