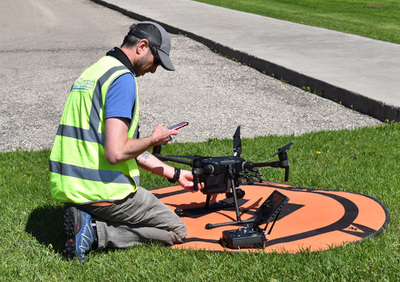 Certified UAS (Unmanned Aircraft Systems) pilots of SkySkopes, a professional UAS flight operator headquartered in Grand Forks, N.D., were at Mayville State University Monday, May 20, 2019. Their mission was to capture thermal images of three buildings on campus, including historic Old Main. The imagery will be used as part of a process to quantify energy loss in buildings. 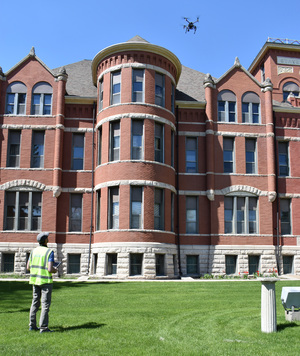 At Old Main, a drone equipped with a thermal camera was flown on all sides of the building and over the roof. The building was photographed in sections of about 20’ square. When the images are downloaded from the camera, software will be used to sew the images together and make a complete image of the building.

SkySkopes has teamed up with a research team at the University of North Dakota that will assess the images and analyze the findings through the use of specialized computer software. The research is part of a Research ND project. SkySkopes pilots will be using drones to capture thermal images of a handful of buildings on each of the North Dakota University System campuses across the state 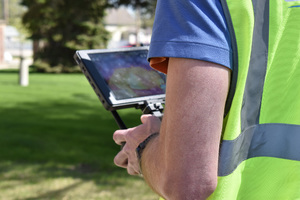 Top: A UAS pilot with SkySkopes prepares the drone for takeoff.

Second: A drone quipped with a thermal imaging camera was flown around Mayville State’s Old Main as part of an energy assessment. 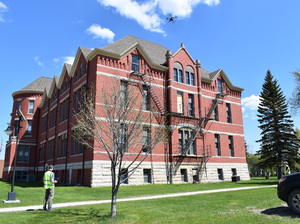 Third: A thermal image of Old Main can be seen in the pilot’s controls.

Bottom: The drone began its work on the west side of Old Main and made its way around the building, then captured thermal images of the roof.