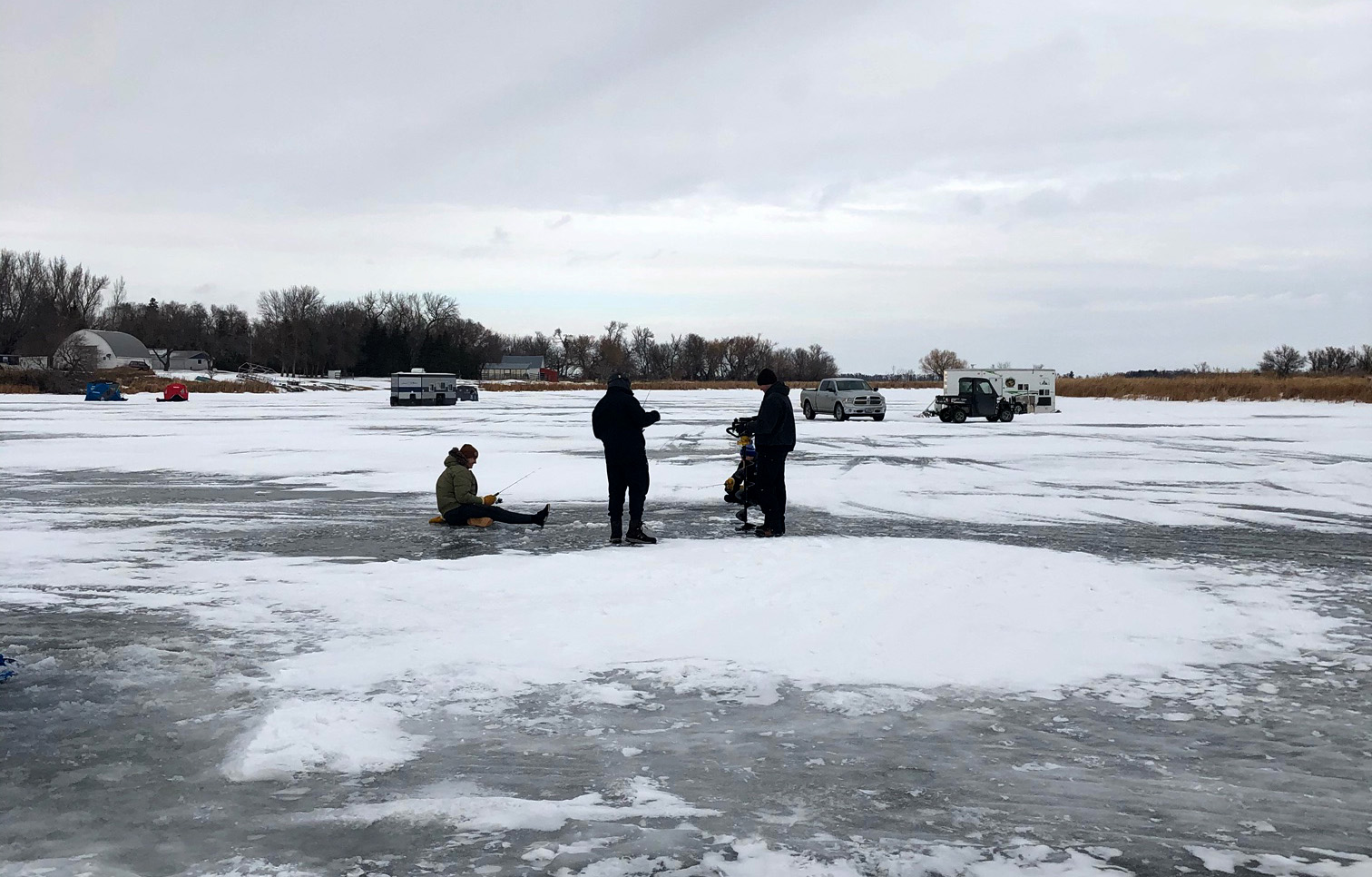 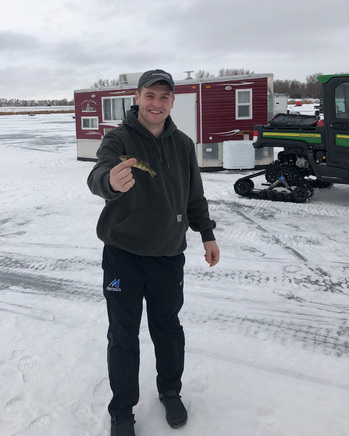 A new tradition was born on a frozen North Golden Lake in Steele County, N.D. Saturday, Jan. 23. Nearly 30 members of the Mayville State Comets football team and their coaches joined Comets Football backers and members of the White Hat Club for a day of firsts for many … ice fishing and snowmobiling.

Comets quarterback Creighton Pfau from West Fargo, N.D. had never been on the ice to fish, nor had he been on a snowmobile. He said that both were bucket list items for him and he enjoyed the experience immensely.

“I think everyone who participated would agree that the ice fishing event was a blast. We all got to spend quality time together as a team and with some of the football boosters,” he said. “I really enjoyed snowmobiling and some of us were even lucky enough to catch a fish. On behalf of the players, I’d like to thank the White Hat Club and our coaches for putting everything together.”

Ten or more Comets, including Stanley Lindsey from Ft. Lauderdale, Fla., caught their first fish ever. The Comet to catch the largest fish of the day was Dan Simpson from Chesapeake, Va.

“It was weird to realize that you’re sitting on a frozen lake,” said Simpson. “Where I come from, lakes don’t freeze. It was a 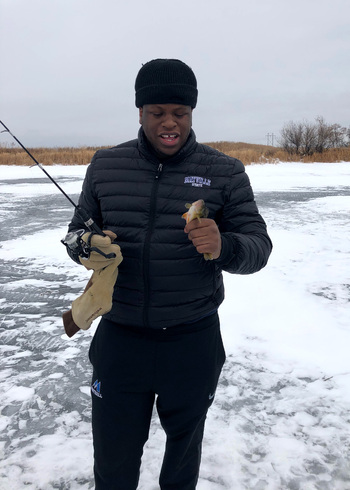 The idea behind the event, which was spearheaded by members of the White Hat Club, was to show these young men who come from near and far, some genuine North Dakota fun. It’s fair to say that their mission was accomplished.

White Hat Club members Adam Erickson, Brent Kohls, and Lon Jorgensen pulled all the details together and made it happen. They donated the use of their equipment, including things so sophisticated as underwater camera equipment. Scheels, a sponsor of the Comet Athletic Club’s annual Sportsmen’s Raffle, gave a 25% discount on rods, reels, line, and jigs. Brent Kohls made sure the fishermen were fed, while Lon Jorgensen provided the bait that fed the fish.

Holes were cut with ice augers and athletes were free to wander around and fish wherever they pleased. Temperatures of 20-25 degrees and the fact that there was no wind helped with the cold factor, but the organizers brought Ice Castle fish houses and clams that provided shelter from the winter elements, and a burning barrel was lit up for warming.

“It was an amazing day for our players,” said Mayville State Head Football Coach Rocky Larson. “Many of the guys who showed up for the event have never been on ice before. We are going to make this an annual tradition and keep it growing. I had a blast seeing the smiles on the faces of our guys after having caught their first fish. A big thanks to the White Hats for helping put this on. It could not have been done without them!” 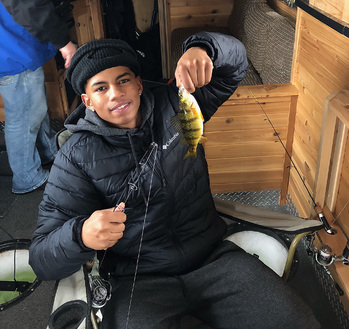 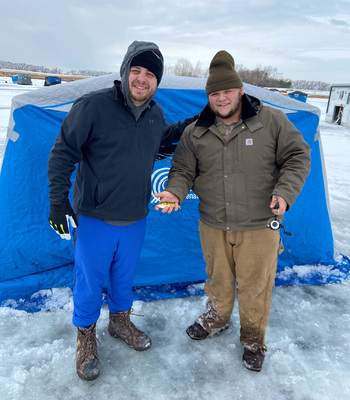 Summing it all up, one of the organizers, Lon Jorgensen, said, “Many lifetime fishermen and snowmobilers were born on that day!”

Second: The first order of business in ice fishing is drilling a hole in the ice. Members of the Mayville State football team got to try their hand at it Saturday, Jan. 23.

Fourth: January 23 was a day of firsts for Stanley Lindsey, Mayville State football player from Ft. Lauderdale, Fla.: first time ice fishing, first time ever catching a fish, and first experience with a snowmobile. These firsts made “Big Stan’s” typically happy smile bigger than ever.

Fifth: Will Flemmons from White Bear Lake, Minn. was able to catch a fish while enjoying the luxury of an Ice Castle fish house.