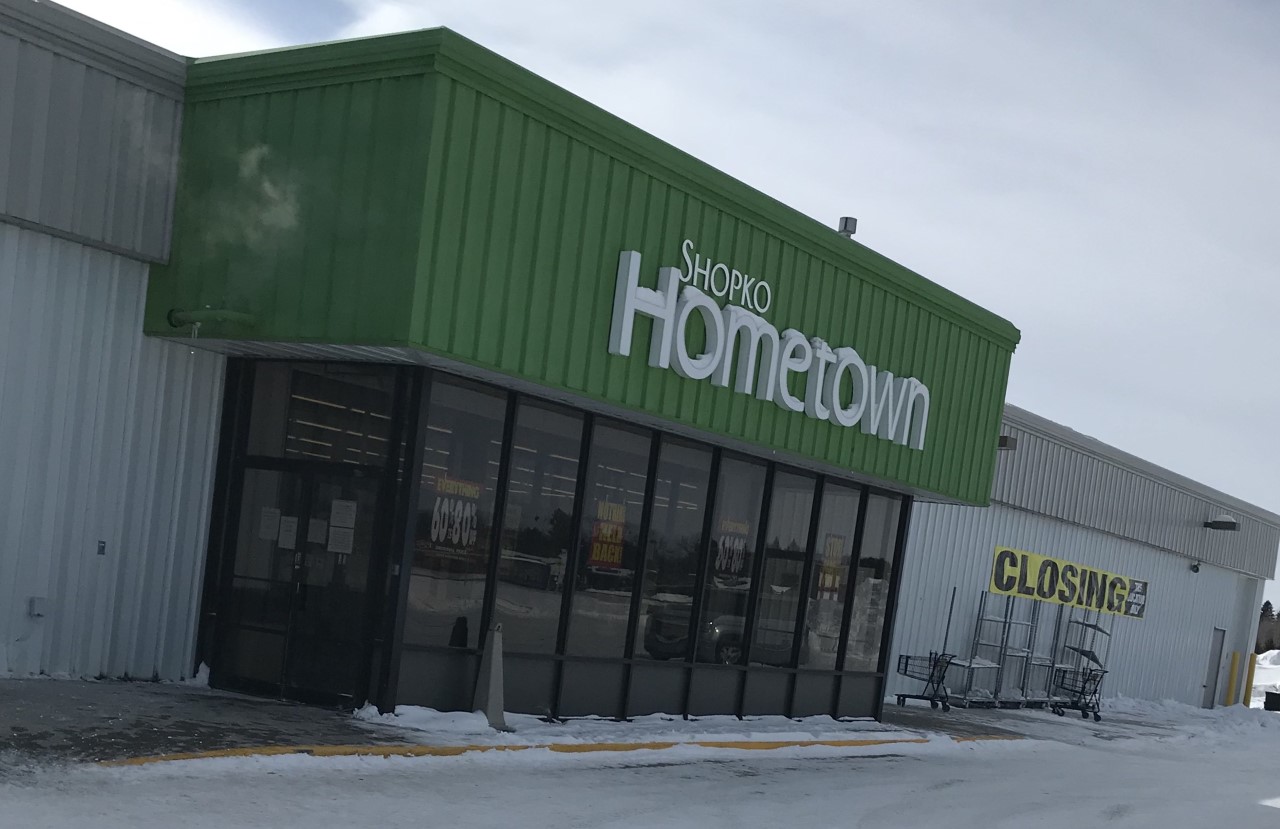 Shopko has been apart of the Mayport community for three years now. That all came to a drastic end when Shopko had its last day of being open. Shopko was a very convenient store where they had items from groceries, to electronics to in home items. Ones just like you would see at an everyday Walmart or Target.

The closing of the store made it hard for people trying to get something quick and easy that they couldn’t find in gas stations surrounding the store.

Tait Ludwick, a student at Mayville State University, loved Shopko is considerably sad that it is now gone for good. “I used to always go here for convenient groceries, now I have to go all the way to Grand Forks or Fargo” said Ludwick.

“Even though I go get my groceries in Grand Forks anyways, it would still be nice if I forgot something, I wouldn’t have to drive all the way back,” said Ludwick. To other it may just be another store in Mayville closing, but to him it was much more than that.

On March 16th, 2019 Shopko closed in Mayville and left many people who worked there without a job and scrambling to find a new one to make ends meet.

Sara Herzog, who has worked there for the past three years is also a college student who uses her paycheck to pay for things like groceries, rent and other necessities she must pay for.

Now that Shopko is closed, she has to hopefully find another job where she can still make money and pay for those important things.

Herzog first caught wind of Shopko closing late December and has been struggling since then to hopefully find another job.

“At first I didn’t think anything of it” Herzog said. “Once it got closer to the day of it closing, I started to worry more because I realized I had to scurry to find a new job” Herzog said.

Though it may not seem hard to find a job in town, jobs are in fact limited because of how many college students live in Mayville.

Herzog applied to many jobs in town including local bars, gas stations even trying to find something at the school she could work for minimum wage.

“Once the bars didn’t get back to me, I was a little nervous because I worked at one before and I know how to be a bartender” Herzog said.

The one thing Herzog didn’t want to happen was be in college without a paying job.

“I’m not worried, I feel confident that I will find a job that fits for me,” Herzog said.

Though employees are out of jobs, it is always not the end of the world for those hard-working people. Herzog is sad to see Shopko go, but it is never a bad thing to start up something new.

This may be a goodbye to Shopko, but could be the beginning of another maybe successful company in its place.