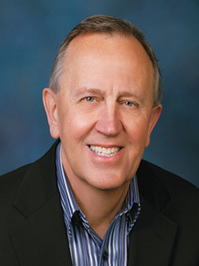 Former students and friends of Mayville State University (MSU) have established an endowment to honor Professor Emeritus of Business Terry Kemmer. The purpose of the endowment is to annually award a scholarship, the Terry Kemmer Business Administration Scholarship, to a junior or senior at Mayville State who is in good standing and pursuing a major in business administration or computer information systems.

A gathering to celebrate the establishment of the endowment is planned during MSU’s 125th anniversary Alumni Days, on Saturday, June 21, from 2:00 to 4:00 p.m. The open house reception will be held at the Edson and Margaret Larson Alumni and Leadership Center on the MSU campus. All friends and former students of Terry Kemmer are cordially invited to stop by and visit with the Kemmers while enjoying refreshments.

In establishing the endowment, fund drive organizers said, “Terry Kemmer has exemplified service to Mayville State University, the communities of Mayville and Portland, N.D., and the region for more than 30 years. He has served MSU with a self-sacrificing spirit and borne the responsibility of leadership with grace. In his multiple roles as a college professor, business manager, concerned citizen, and mentor to hundreds, Terry has been a consistent resource for committee work and leadership.”

Terry Kemmer began his tenure as a professor in the MSU Division of Business and Computer Information Systems in 1981. He taught business education and business administration courses at Mayville State for 31 years, retiring from full-time teaching in May of 2012. Kemmer continues to work part-time at MSU as the coordinator for the Larson Leadership Program, a grant-support program that exists to enhance leadership development among university students and the external community around Mayville-Portland.

Kemmer was named MSU Teacher of the Year three times. He also received the Burlington Northern Teacher of Excellence Award, and was the Chapter 46 North Dakota Public Employee Association Employee of the Year. He served on numerous faculty and campus committees, and was elected president of the Faculty Association. In addition, he chaired several national dual-campus search committees.

In addition to teaching, Kemmer advised the MSU Student Senate and Phi Beta Lambda, a nationally affiliated business student organization. Additionally, he organized and advised the local Business Administration Club. He supervised business education student teachers and business and computer information systems interns, and was an academic advisor for students. Kemmer led the development of MSU’s off-site four-year business administration program at Lake Region State College in Devils Lake, N.D. He also led the development of a cross-campus job search seminar and the eventual professional development course within the Division of Business and Computer Information Systems.

Kemmer taught his students using two philosophies: “You can’t teach them until you reach them,” and “All students come to the classroom with not only a brain, but also with a heart.” His former students are familiar with the life lessons Kemmer endeavored to instill in them: “You can never not communicate.” “Preparation builds confidence and confidence enhances performance.” He also taught them how to respond to a “good morning” and a “good afternoon,” and the proper side of the body on which to wear a nametag.

Terry and his wife, Sandi, now reside in Detroit Lakes, Minn. They are the parents of son Corby and Sherry, who live and work in Crookston, Minn; son Jason and Carrie live and work in Ft. Worth, Texas; and daughter Lindsay and Erik live and work in St. Cloud, Minn. The Kemmers’ grandchildren are Harrison, Isabella, Jordyn, Cecelia, Colin, and Worth.

Matthew S. Worner, Broc Lietz, and Dawn Cruff led the fund-raising effort for the Terry Kemmer Business Administration Scholarship, and began their work in August of 2012. Donors of $500 or more to the scholarship are Matthew S. Worner, Broc and Karen Lietz, Dawn Cruff, Roger and Linda Baier, the First and Farmers Bank, Robert and Stacy Heilman, Todd and Amy Heilman, Brent and Jennifer Kohls, Michelle and Toby Kommer, Christopher and Sandra Lindberg, John and Kathy Martin, Doug and Cindy Petersen, and Michael and Jennifer Osland. Major fund-raising goals were reached in January of 2014. At the present time, the balance of the scholarship endowment is approximately $23,000.

“There has never been a better time to donate to this project,” said MSU Director of Development John J. Klocke. “Your gift will be matched at a rate of 50% by the North Dakota Higher Education Challenge Fund, and these matching funds will be added to the Kemmer endowment. In addition, any gift of $5,000 or more will also qualify for a 40% North Dakota state income tax credit.”