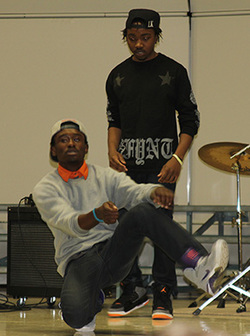 Mayville State University faculty, staff, and students organized and hosted a multicultural festival and invited the community to take part Wednesday, April 8. The goal of the celebration was to promote cultural recognition and respect, to celebrate the diversity of the Mayville State campus and the Mayville community, and to honor the community’s heritage and diversity. The Mayville State Office of Diversity and Division of Education and Psychology spearheaded the event, with MSU diversity coordinator Marcelo Campoverde leading the charge.

The Campus Center was the site for late afternoon cultural events, including dancing by Allan Nota and Lloyd Marimbire, MSU students from Zimbabwe, and Paul C. Perez demonstrating salsa dancing. Students enrolled in HPER 206 at Mayville State demonstrated American folk dance, as well as dancing representing the countries of Ireland, Bavaria, and Norway.

The finale of the celebration was a concert held in the Classroom Building Auditorium from 7:00 to 9:00 p.m., which included dancing representative of Bangladesh by Sumaiya Alam and dancing by Allan Nota and Lloyd Marimbire, both from Zimbabwe. 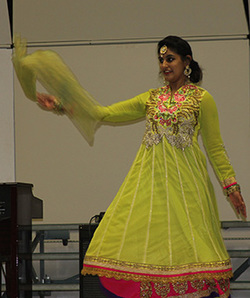 A four-member band comprised of brothers David (piano and vocalist), Nate (bass guitar) and Jon Paul (drums) Snyder from Thompson, N.D. and their friend Lucas Campoverde (guitar) from East Grand Forks, Minn. performed a couple of selections. No Longer Simon is a group of young men, childhood friends, who met at church and who love to play music.

Christina Vallejo and her father, Jhonny Vallejo, award-winning vocalist and keyboard player from Cuenca, Ecuador, delighted the audience with their selections which incorporated a variety of rhythms and styles from several Latin American countries.

The concert concluded with an outstanding and lively performance by the Lincoln High School Choir from Thief River Falls, Minn., under the direction of Darcy Reese. The choir’s highly energetic performance celebrated diversity.

The group is made up of auditioned juniors and seniors. Since 2001, the choir has produced an annual spring show that focuses on diversity in our world. The choir has studied Jewish, African American, and Native American music. The spring shows are brought to New York City every other year. These shows have been performed at St. John the Divine and Jazz at Lincoln Center in the famous Allen Room overlooking Central Park. 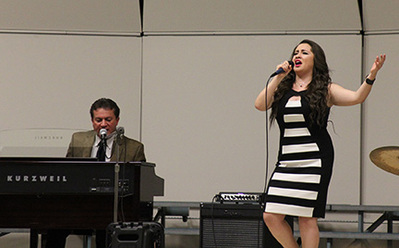 A highlight of this portion of the program was a piano solo performed by the choir’s accompanist, senior Aaron Fagerstrom. His seemingly effortless performance amazed the audience, bringing the crowd to their feet at the conclusion of the song.

Top: MSU students from Zimbabwe, Allan Nota and Lloyd Marimbire, also known as Clutch, danced for audiences at the afternoon and evening sessions of the April 8 multicultural festival at Mayville State. 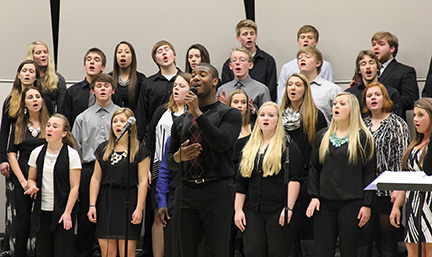